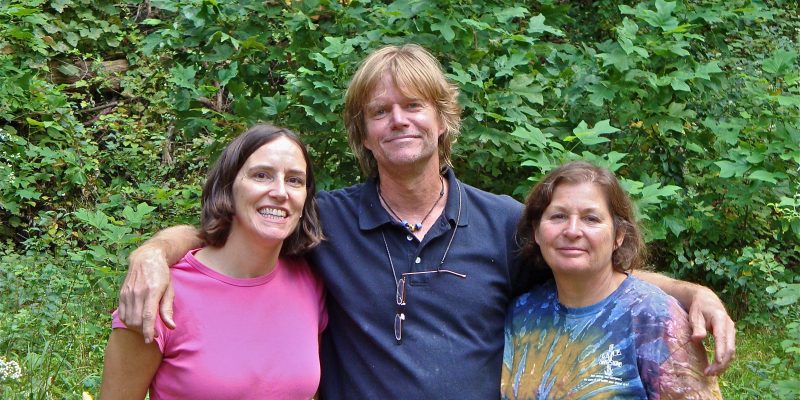 The Shift Doctors (TracyLatz M.D. & Marion Ross  PhD.) have had the opportunity to take a wonderful Wild Edible and Medicinal Plant course in the mountains of North Carolina with Richard Cleveland, the Founder of The Earth School. During the past 20 years Richard has taught nature awareness and survival skills to thousands of people of all ages. He is an avid outdoorsman, fishing guide, writer, public speaker and a self-trained Naturalist. Some have called him “The Upstate’s Survivorman.” He teaches children as well as Navy Seals nature awareness and  advanced wilderness self-reliance skills.

Most of us can identify oak trees and probably climbed a few in our younger years. I have fond memories of these majestic giants growing near my home as a child. Many people utilize its dense wood for winter warmth, but what about its other attributes? From a health point of view, oaks are a powerhouse of nutrition. In my opinion acorns are one of the most abundant and nutritious foods on the planet and yet are completely ignored by well over 95% of the masses. I’ve even heard people complain because they mess up their driveway. It’s FREE FOOD people!! The Native Americans relied on them pretty heavily in the western states all the way to the coast. In fact many of the Californian tribes depended on them for their very survival. Many of the eastern tribes, like the Cherokee, ignored them for the most part simply because of the abundant and once prolific American Chestnut. For those that don’t know the story, the American Chestnut was decimated by a blight that came into this country via China. All that remains of these once magnificent trees are large rotted stumps. It was stated that at one time, one out of every 4 trees in the Southern Appalachian Mountains was an American Chestnut! That was a lot of food that once fed a large number of people and animals…now sadly gone. The good news is numerous dedicated individuals have been working for years to re-introduce them and are making great progress. Future generations may again experience and revere this magnificent tree and partake of its generous abundance. 🙂

Why were they preferred over acorns, you might ask? Simply…processing time. Acorns contain tannins that need to be leached out of the nuts to make them palatable. Oak is quite astringent so it is useful medicinally as well. The genus Quercus (oak) contains about 600 species worldwide. We have around 60 here in the United States. All oaks fall into one of two categories…the white oak family and the red oak family. The white oaks typically contain less tannins than their red oak cousins and therefore require less processing as a whole. Interestingly, the Native peoples of California prized the red oaks. Their high tannin content would deter insects and hungry rodents more efficiently, allowing them to be stored for longer periods of time…often a few years. This was very important to their existence because a plentiful mast crop wasn’t guaranteed each year. A great book I highly recommend is “It Will Live Forever” by Beverly R. Ortiz. The book features Julia Parker of the Yosemite Miwok/Paiute lineage. I had the profound pleasure of meeting Julia and her daughter Lucy several years ago. I was honored to assist them in demonstrating the process of their traditional acorn preparation in front of a crowd of about 180 people. The finished product was simply called “acorn,” a pinkish paste with a mild but powerfully energetic taste. I collect acorns each year and freeze them for various programs. Typically, during a class we process them into flour to make bread. Leaching the tannins from the acorns can be accomplished in two ways…cold water leaching or hot water leaching. The cold water method is best if you have access to a clean stream or creek and plenty of time on your hands. After removing the shell, the nut is broken into small chunks to help facilitate quicker leaching. It’s all about surface area folks! Crushed ice cools drinks quicker than cubes for the same reason. Place the small pieces in a fine meshed bag and simply tie it to a tree in the current and let Nature take its course. Test the nuts every day or so until they taste good. Use them like they are or dry them and store for later use. I’ve even heard of people leaching them in their toilet tank for a few weeks. Flush, flush , flush 🙂 Remember your tank is filled with clean water so it’s not necessarily the image you just conjured up in your mind 🙂 HA! With that said, I’ve never tried it, but if I did I’d probably clean the tank real good first….’jus sayin’ 🙂

The hot water method is what I normally do, simply for time constraints. After breaking the nuts into small pieces with a rock (yes, I use a rock 🙂  ), I place them in hot water and boil them for several minutes. When the water gets frothy and/or dark orange, I strain the nutmeats END_OF_DOCUMENT_TOKEN_TO_BE_REPLACED