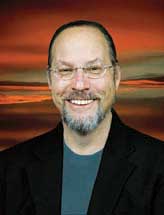 Jonathan Goldman, today’s guest blogger, is a writer, musician, teacher, and good friend of “The Shift Doctors” (Tracy Latz, M.D. & Marion Ross, Ph.D.. He is an authority on sound healing and a pioneer in the field of harmonics. Jonathan is the author of The Divine Name: The Sound That Can Change the World, The 7 Secrets of Sound Healing, Healing Sound: The Power Of Harmonics (Inner Traditions), Shifting Frequencies (Light Technology) The Lost Chord (Spirit Music) and Tantra Of Sound(Hampton Road), written with his wife Andi.

Jonathan has written numerous articles on the therapeutic and transformational uses of sound and music, which have appeared in many national publications. He has also contributed chapters and interviews to many books and his work has been cited in several books. The McGraw-Hill college text, Music In Our World, has a chapter on Jonathan’s recording of  “Dolphin Dreams“. In DaVinci Decoded, Jonathan’s CD “Chakra Chants” (one of The Shift Doctors’ favorite CDs that we recommend to our students) is listed as the #1 Selection for “Top Ten Spiritual Playlist”.

Sound and music have been used since ancient times for healing and transformation. Yet there is today a growing re-emergence of interest in this field of sound healing with many different thoughts and ideas about the effects of sonics and their use as a transformative energy. Many of the major questions about sound healing are still unanswered. The following thoughts are just my own and may not be based upon the reality of anyone else. They may, however, prove to be useful insights and considerations for others.

One: We are all unique vibratory beings.
To begin, we address the concept that the basic principle of sound healing is that everything is in a state of vibration, including our organs, bones, tissues, etc. If these parts of the body become imbalanced they may be healed through projecting the proper and correct frequencies back into the body. This works for imbalances and over-or-underactivity in the chakras and the energy fields.

I believe that this concept is correct. I merely question whether the various frequencies that have been tabulated by numerous scientists and sound healers as being the frequency for the liver, for example, or the root chakra, are correct. My reason for questioning this information is that first, usually none of these frequencies that have been tabulated agree with one another. The second is, do you really believe that you have the same vibratory rate as anyone else? END_OF_DOCUMENT_TOKEN_TO_BE_REPLACED