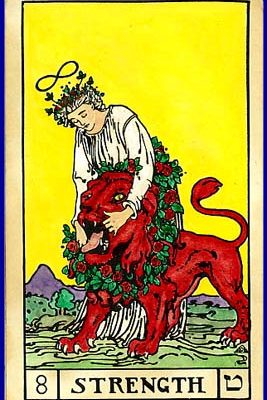 I was recently poring over more than 500 pages of information Steve Nelson (“Mythic Astrologer” and Wizard) had shared with me over the years of our friendship and wishing he was still here with us to share his Moon Magic wisdom. I have missed him a great deal. As I sat down with all of his information once again this past week, I felt a palpable nudge from him telling me to carry on. I began to make a list of all the books he had referenced to me over the years and that I had made notes of… and I began to gather all the information together along with his Moon Magic wisdom. The following is a joint effort between Steve and me. I promised to “carry on” only if he would assist me. So we have an agreement… what follows is the result.

The New Year zeitgeist seeded at Winter Solstice comes to creative expression through the 12 days of Yule culminating with Epiphany Jan 6. The 12 Days of Christmas or Yuletide (Dec. 26 to Jan 6) is the New Year in embryo – dreams of these 12 nights portend what will be in the 12 months of the coming year. The year spirit is fully formed Jan 6, the last spoke in the wheel of Yule. This is Three Kings Day, the day the three wise men came bearing gifts: manifestations of divinity. Jan 6 is the original gift-giving day for good reason, it is when the spirit of the new cycle takes physical form.

This week you can say goodbye to 2014 with two Jovian eclipses, and you can ring in the New Year with a meteor shower and a fast brightening comet!!

Jupiter eclipse can be seen during the New Year festivities late on Wednesday, December 31st. Look to the sky and you’ll be able to see Jupiter’s largest moon, Ganymede, slowly enter the planet’s shadow and then disappear from view. Ganymede’s vanishing act starts at 10:18 p.m. EST, and at 11 p.m. the neighboring moon Europa follows it into eclipse. 2015 is the Year of the Strength Tarot Key 8 (Teth). The key characters are that of a woman (Divine Female) and Leo the lion (ruled by The Sun), with the woman looking calm and gentle, yet dominant over the lion (the woman clasping the lion’s jaws). There is a lemniscate or infinity sign hovering over the woman’s head (the same horizontal 8 that hovers over the head of the Magician).  It suggests that something of the Magician’s quality has been transferred to the woman. The modern interpretation of the card stresses discipline and self-control. The lion represents the primal or id-like part of the mind, and the woman, the ‘higher’ or more elevated parts of the mind. The woman’s white robe (as well as the Mountain in the background) relates to the pure spiritual influence of the Primal Will. The card tells us to be wary of base emotions and primal impulse. The woman leads the lion by a chain of flowers signifying artistic adaptation (chain) of desire (roses). When we learn to weave our desires together into a singular intention (chain), while rejecting all desires which conflict with our main purpose , we can apply our powerful creative imagination to the control and direction of the serpentine kundalini power. The woman tames the lion and opens his mouth to give power to speech – to render it sacred. New elements can be created in man’s mind and through the process of controlling manifestation of cosmic energy END_OF_DOCUMENT_TOKEN_TO_BE_REPLACED