Spiritual Anatomy: The Origins & Nature of Disease by Marshall Smith 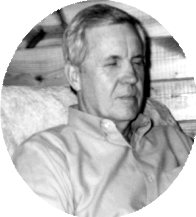 Disease of one kind or another is rampant across the entire world. It is easy to ask, “What is wrong with the human body”? Research has extolled the beauty, symmetry and the tremendous technological design of the human body. The brain is far more complex than any computer and is perfectly adapted to the human body. Being formed of the dust of the earth, shaped by the hand of God and enlivened by the breath of God, one could wonder if the first body of man was a shaky prototype with significant inherent design problems yet to be solved. Or . . . perhaps the physical body’s sensitivity to errant thoughts is a part of a grand design for its use as a teaching tool to direct man back to his inherent God-self.

Herein lays the concept of spiritual anatomy. Having been born of cosmic principles, the physical body is susceptible to the slightest disharmony, reflected as disease. This is the cosmic plan. Through these disharmonies man is taught through his shadows to find the light within himself, his or her God- Light.

Most diseases can be classified under the four elements from which all things are created on earth:

Most diseases within these classifications fall into two categories relating to the severity of the condition: a) chronic diseases, those that occur repeatedly throughout a life but not sufficiently severe that one cannot live with it, and  b) acute diseases that suddenly occur requiring immediate attention and could be immediately fatal.

Mistaken attitudes of a person, when left uncorrected in a current life, build lines of force in the seed atoms (the one atom of the various bodies that moves with the ego from life to life) of the desire and mental bodies of that person. At death of that individual, these lines of force become a continuing pattern in the continuing consciousness of a person and are exhibited as disease in a succeeding life or lives. A mistaken attitude is a complex arrangement of thoughts that forms a web of dogma exceedingly difficult for one to unravel in a single life. This kind of attitude is observed frequently in religious organizations that hold their supplicants in their dogma through a commensurate fear that there is no spiritual truth outside their established dogma.

Fear is one of the most primitive emotions, seated in the old brain associated with the first sense of isolation after leaving the heart of God to begin the seven-day creational journey. It is a powerful emotion that significantly affects every organ or gland in the body. In some cases, fear can be so intense that it causes death. It can paralyze the nervous system, which causes the physical body to become rigid and incapable of response. It disturbs the alignment of the invisible bodies with the inevitable onset of a disease. Our thoughts and emotions are within our Astral Body and directly affect our health.

You look at your dear friend lying in a casket. Just a few short hours ago you were laughing, talking and enjoying a beautiful friendship with this person. You were not focused on how your friend looked as much as you were enjoying her thoughts, emotions, her beautiful expressions of the moment.

You still see her physical body, but it has no life. You no longer see the wonderful animation she used while expressing her thoughts. You can’t hear her lilting and uplifting words. You feel very empty while viewing her lifeless body. The interaction with your friend that you loved so much is missing. Where is that part of her that you knew so well? Has it disintegrated never to be heard from again? Is that painful feeling of separation to last forever? Somewhere within you, you know that someone so full of life, so beautiful, so full of spirit cannot be defeated or disintegrated by any event, even the death of the physical body. You know intuitively that if death has that kind of power to end something so full of life so quickly, then too, death must be an important part of that same life process. Still . . . you wonder, where is she? Later, you begin to feel her familiar presence around you. She leaves you unmistakable signs of her continued existence. You are now fully aware that she still lives. but why can’t she show herself in some kind of visible body? Why do we have to die if we continue to live? What kind of body does she have now? Will she live again in a physical body?

The astral plane or dimension is a place where an individual consciousness goes at death of the physical body to await its next incarnation. During our sleep cycle, our consciousness lifts away from our physical body and resides in this same astral dimension. It is a thought dimension without time and has a totally different vibration than the physical dimension. It is much like a guitar string. The guitar string vibrates at a different frequency according to the tension on the string. The astral dimension vibrates at a frequency outside the frequency range of our physical sense vibration. In order for one to experience these astral vibrations, one must be taught how to sense these vibrations. This is called Inner Sense Development.

Arthur Ford, a well-known trance medium gave a simple example of this difference: “One could come to the conclusion that to solve their money problems, they could rob a bank. The preparation for such an undertaking takes time. Planning begins and continues for several weeks. A visit to the bank provided the information as to the entry to the bank and the best way to exit the bank after the robbery. All the plans move forward preparing the words, the getaway car, clothes, route and so on. About two days before the robbery is to take place, the thought of getting caught begins to emerge. After considering the unfavorable consequences one might experience, one comes to the conclusion that the whole thing is a bad idea and the plan is cancelled. Nothing ever comes of it. No one knows of the plan except you. No money was stolen. No one was hurt. However, you still had the thought to steal and almost did it. But . . . from considering the consequences of such an action, the loss of freedom that would have occurred, you changed your thought to a constructive action to go and find a way to solve your money problems with your own creative abilities.”

This is the purpose of time. Time provides one with a space to consider all aspects of a thought before executing it. In this case the consequences caused one to find a solution that came from one’s own ability to create. This is part of spiritual evolution. On the astral dimension when one has a thought to rob a bank, the robbery begins at the moment of the thought. There is no time between thought and action. The astral dimension is essentially a place of waiting, not of learning. The time energy between thought and action on the earth plane provides facility to change our thoughts and thus learn how to think constructively and consider others in our thoughts. Dreaming is a faculty of the astral where fourth dimensional thoughts are pictured to us while in sleep or in the astral to be used after awakening to enlighten ourselves emotionally and spiritually.

On earth we learn that all things begin as thought. We acquire understanding through our ability to think exercising the intoxicating and fantastic power of our intellect. With it we create our environment and learn that in utilizing this intellect we are using the same process God used in creating the cosmos. We experiment with the power of thought, how to use thoughts for good, how to use thought to get what we want, how to manipulate people with our thoughts, how to gain power over others with our thoughts. After many lives we will begin to experience the negative consequences of our negative thoughts. Through the pressure of the uncomfortable consequences of our negative thoughts we begin to change our thoughts to minimize the negative consequences. We gradually discover positive thoughts with their positive consequences.

Entertaining positive thoughts leads one to spiritual thoughts and as a result begins to acquire spiritual awareness. This continues over many lives, each life experiencing a greater spiritual awareness and eventually we lift ourselves to that spiritual level of self-enlightenment and God-realization. James the Apostle was referring to thoughts and their use in acquiring wisdom when he wrote in the Bible’s New Testament, Book of James, Chapter 3, Verses 17-18. “But the wisdom from above is pure, peaceable, gentle, reasonable, full of mercy and good fruits, unwavering without hypocrisy . . . and the seed whose fruit is righteousness is sown in peace by those who make peace.”

The process of man’s spiritual and physical evolution are constantly lifting mass consciousness to higher levels and also purifying and refining the physical bodies of man. From the study of anthropology we learn how the human form has developed from a gross animal-like body into the light, graceful body that we experience today. Spirit is reshaping and refining the physical body until it becomes a suitable temple for its indwelling Spirit. Spiritual Anatomy is an ancient study that reaches back to ancient religions, both Eastern and Western. Some of the fascinating knowledge includes:    the seven-day creational cycle, cosmic influences on healing and disease, the astral dimension, the ego/soul connection to the physical body, the blood …mystery of mysteries…the mind and soul’s relationship to the physical body, emotions and their connection to our nervous systems, and the vital/etheric body’s connection to our disease or health.

To your health and enlightenment!

*FInd out more about The Shift Doctors, their books, CDs, videos and classes at www.shiftyourlife.com  **The Shift Doctors (Tracy Latz, M.D. & Marion Ross, Ph.D.) are available for keynote talks, classes, events or for seminars (1/2 day or up to 5 days) on spiritual anatomy, personal transformation, team-building, motivation, anger management, intuitive development, intuitive art, or collaboration for private groups, conferences, corporations or corporate events. Contact them at info@shiftyourlife.com or find out more about them at www.shiftyourlife.com .