The Shift Doctors (TracyLatz M.D. & Marion Ross Ph.D.) had an extraordinary experience on a jeep tour and hike to explore some Native American ruins in Sedona with an incredible and inspiring man, Randy Fridley. Randy has a rich and varied history. He is a retired Physicians Assistant, a former marine squadron commander/bombardier navigator, an award winning author, Reiki Master, hypnotherapist, astrologer, law of attraction junkie, graduate of Dr. Herbert Benson’s Body Mind Medicine course at Harvard, as well as a tour jeep driver in the ‘holy land of Sedona‘. We are sharing his compelling story, in his own words, about how he healed in Sedona. You can find out more about Randy Fridley at his website at:http://randyfridley.com

Millions of seekers visit Sedona’s vortexes each year looking for a cure for troubled spirits or diseased bodies. They drive to one or more of the easily accessible “big four” vortexes (Bell Rock, Cathedral Rock, Airport Overview, or Boynton Vista) and make the short hike hoping for something unique. I visit the known vortexes too, but I was healed of a terminal diagnosis on the hiking trails in Sedona. Three places along the trails spoke to my body and spirit through resounding words and scenes that I believe will do the same for others. I offer that knowledge here for those desperate for a Sedona Cure.

I was living in Florida when my disease, pulmonary hypertension was diagnosed by one of only three specialists in the USA on Hereditary Hemorrhagic Telangiectasia at the Medical College of Georgia in Augusta. Tiny malformed blood vessels in my lungs were leaking and making my lungs too stiff END_OF_DOCUMENT_TOKEN_TO_BE_REPLACED “We cherish too, the Poppy red
That grows on fields where valor led,
It seems to signal to the skies
That blood of heroes never dies.” END_OF_DOCUMENT_TOKEN_TO_BE_REPLACED 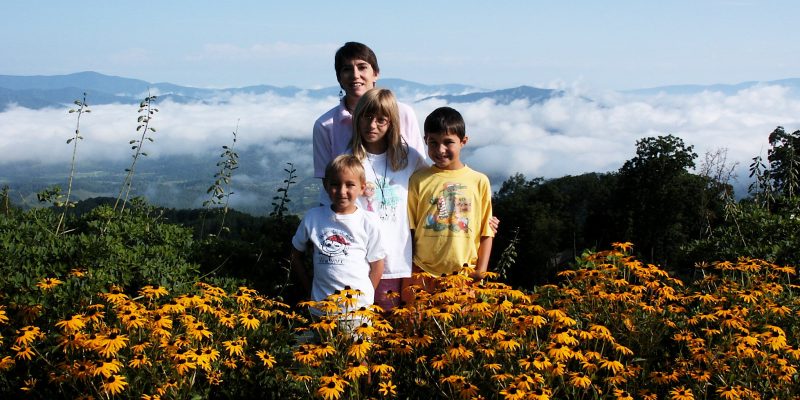 Honor your Mother today and every day. You can even decide to honor your own inner Divine Mother! Spring is a wonderful time for Shifting consciousness for Mothers – and for everyone!  Remember to remain connected to your True Essence by finding and doing activities that allow you to center and re-balance daily.
When we allow our self to connect with the Bright Light that is within us (our True Essence), we actually become more beautiful and radiant outside as well!!  We spend so much time and effort daily attempting to restore our physical beauty.  How much do we spend on beauty products a month to combat aging?
Try these inner AND outer beauty techniques… they REALLY WORK!
1.  Get aerobic exercise at least 3 hours a week to increase blood flow.
2.  Go to bed earlier. A good night’s sleep allows you to restore your neurotransmitters, your endocrine system and actually improves memory functions.
3.  Drink plenty of water to allow your energy to flow through your body as well as to release the toxins that builds up in your system daily from within and without.
4.  Eat dark chocolate. Wow!  It turns out that the University of Copenhagen researchers say that END_OF_DOCUMENT_TOKEN_TO_BE_REPLACED How To Find Your Passion and Purpose and Shift Your Life

Wouldn’t you just love to jump out of bed every morning filled with fire and enthusiasm for something? Perhaps you have been searching for that something for years or have just settled for a more mundane life out of not knowing any better way. Perhaps you feel that you have too many responsibilities to change course, or that you don’t deserve anything greater or have a fear of the unknown. Finding & Following your passion and purpose can be a difficult journey but consider it a journey not an instant revelation.

Consider taking an expedition into your past for starters. What life plan got you to where you are now? Did you even consciously have a plan? Were you driven by the desire to be a dad, mom, nurse, doctor, plumber, Indian chief, accountant because it was lucrative or ‘Cool’, to impress your family or friends, perhaps to pay the bills or was it something you really wanted to do?  Did you choose a life of hiding your talents and brains so people wouldn’t expect too much of you? Were you afraid of success or did you have a fear of success or failure? What choices did you make that led you to your current job, personal /family situation, hobbies, what you do in your downtime, etc..  Take some time to evaluate how you got where you are now so you can understand how you have been creating your life. END_OF_DOCUMENT_TOKEN_TO_BE_REPLACED

Today The Shift Doctors (Marion Ross, Ph.D. and Tracy Latz, M.D.) have invited as our guest blogger Alex Whitaker (B.Sc.Hons) who is editor of  http://ancient-wisdom.co.uk/ – a site that explores in detail various ancient and sacred sites throughout the world and explores the idea of what makes a site sacred. The following article is written by Alex Whitaker. If you have an interest in a specific sacred site, check out his website as he has a wealth of information there!

The modern interpretation of what constitutes a ‘sacred’ site is far removed from that of our earliest ancestors who lived in a world without cars, houses and motorways. Here was a natural landscape in which the rivers, rocks and mountains were all seen as components of a larger, living earth-mother-earth. Remnants of the way our prehistoric ancestors perceived their landscape are still visible in their monuments and art and also through ourselves, if we look deeply enough.

Sacred Spaces: Some of the earliest examples of ‘sacred spaces’ are found deep in the heart of underground cave systems, in which the living Earth itself was both symbolically and physically penetrated. It was within these deep, confined and distant END_OF_DOCUMENT_TOKEN_TO_BE_REPLACED

-Our guest blogger- Jay Conrad Levinson is the author of the best-selling marketing series in history, “Guerrilla Marketing,” plus 30 other books. His books have sold 14 million copies worldwide. His guerrilla concepts have influenced marketing so much that today his books appear in 41 languages and are required reading in many MBA programs worldwide. He was a teacher and sounding board for The Shift Doctors (Tracy Latz, M.D. and Marion Ross, Ph.D.) ; and after many discussions strongly encouraged us to publish a book (soon to be released) designed to assist people who struggle with implementing tools learned in business or entrepreneurial coaching programs due to self-sabotage. For more on Jay Conrad Levinson visit www.gmarketing.com END_OF_DOCUMENT_TOKEN_TO_BE_REPLACED